Now in its fifth year, the Clyde & Co LLP Blank Canvas Prize continues to build upon its reputation within Art Schools as being one of the most exciting and well regarded opportunities for final year Fine Art Undergraduates throughout the UK.

This year’s winner is Rene Gonzalez, a graduate from City & Guilds of London Art School with his work: To My One, Sole Desire.

“I paint scenes and portraits of public figures involved in different areas like science, politics, education and religion, as a symbol of open and honest conversation.
For this project I created environments for characters such as Neil DeGrasse, Jennifer Doudna and Lawrence Krauss, surrounding them in landscape and abstract squares that, combined with the portraits, create an interaction between different aesthetic languages to further convey a sense of dialogue.
I wanted to paint a large wooded area occupying the space for the project, to give an inviting sense of serenity, and I thought the works should be almost at ground level, for viewers to feel they could walk into the painting and join the “conversation” with the characters.
The project as well as the title, ‘To My One, Sole Desire’, is also partly inspired by ‘The Lady and The Unicorn’ grand scale Flemish tapestry series, stories inspired by it and theories of its meaning, mostly because of its balance between the decorative and ambiguous yet excitingly mysterious storytelling aspect.” 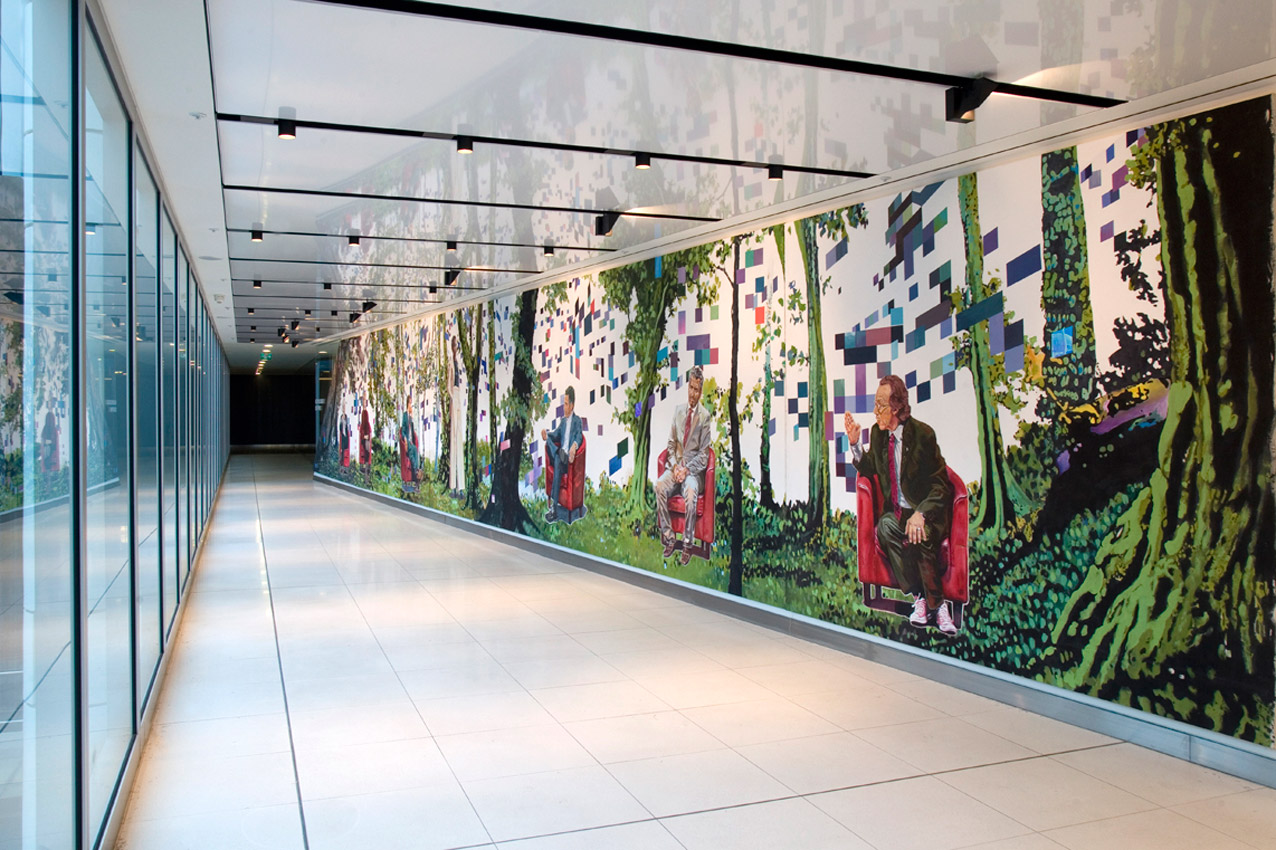 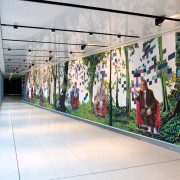 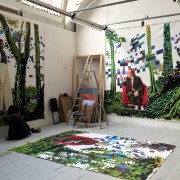 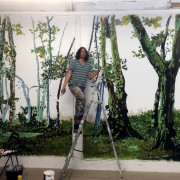 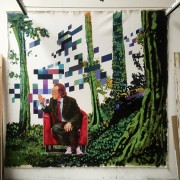 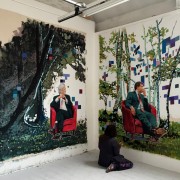